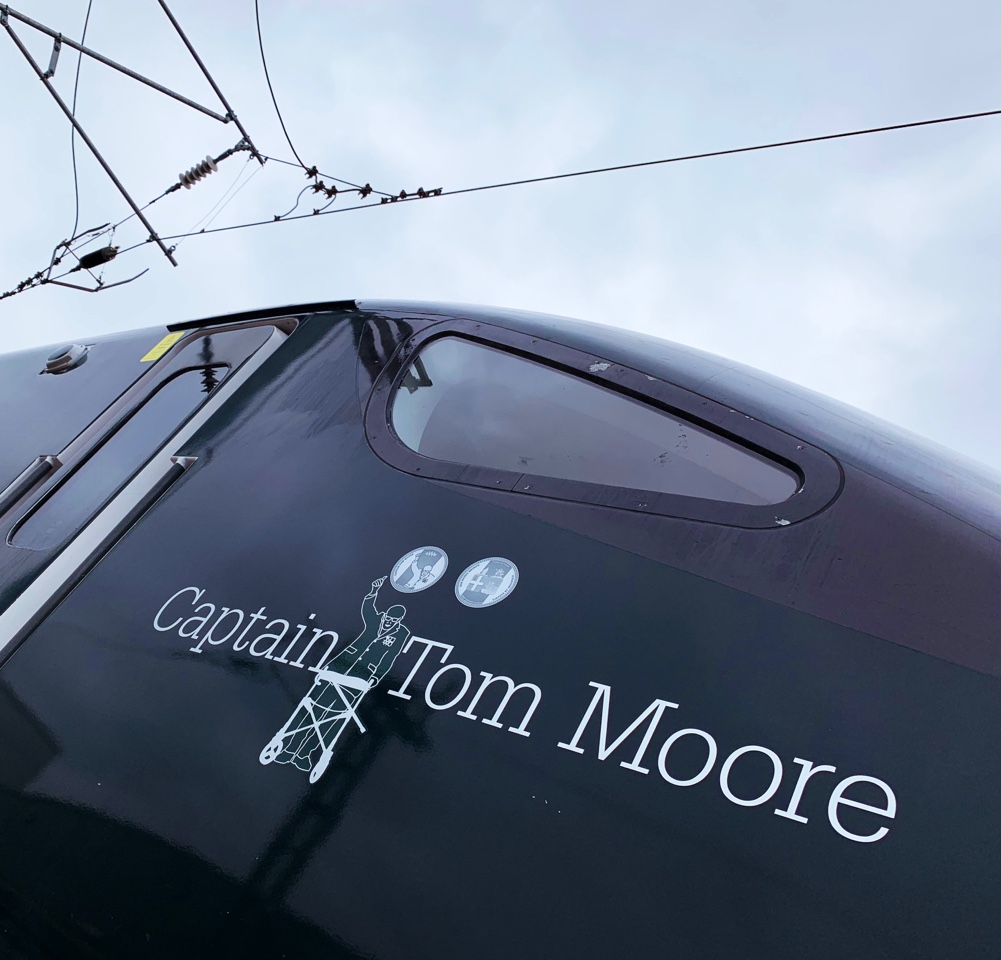 Great Western Railway has christened its 800025 Intercity Express as the Captain Tom Moore.

The honour comes after Captain Tom raised nearly £30 million for NHS Charities Together by walking 100 laps of his garden.

The train was manufactured by Hitachi Rail at the firm’s plant in Newton Aycliffe, County Durham, as part of a previous Government contract to revamp the Great Western Railway’s fleet with new Class 800 rolling stock.

Now, on the anniversary of Captain Tom’s 100th birthday (Thursday, April 30), the train has re-entered service – complete with his name – to carry key workers.

“These unprecedented times have led to some incredible human behaviours and resilience – Captain Tom is a great example of this – as are our teams across the UK who have kept the rail network moving during the crisis.

The train’s renaming continues a tradition by Great Western Railway to honour famous and influential people with links to the region. 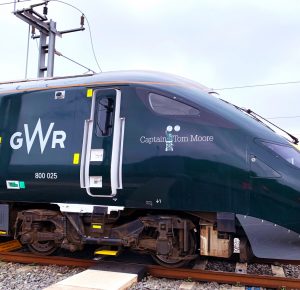 Originally from West Yorkshire, Captain Tom joined the British Army in June 1940 and trained in Cornwall with his regiment – the 8th Battalion, the Duke of Wellington’s Regiment.

He later served on the frontline in Burma.

Matthew Golton, Great Western Railway’s interim managing director, said: “What Captain Tom has achieved is truly inspirational, and an example to us all.

“We have a long history of naming trains after Great Westerners, the past and present heroes from across our network, and I am honoured that today we can respond to requests to have a train named after Captain Tom Moore.”

Hitachi Rail has since announced a number of manufacturing agreements at its Aycliffe plant.

Late last year, the business revealed it had secured a contract worth more than £350 million to supply 125mph intercity rolling stock for the Avanti West Coast service.