One of Rugby League’s key players is partnering with GiveToLocal ahead of a landmark year for the sport across the UK.

The Rhino Rugby League company has built a reputation as a trusted global rugby and team sport brand during the last 40 years.

And one of the biggest names in international sport will work alongside GiveToLocal throughout 2021 as the countdown to next year’s Rugby League World Cup continues.

“We’ve achieved so much in our first year but we don’t intend to slow down,” points out GiveToLocal co-founder and CEO Neil Gardiner.

“We’re determined to have an even greater impact on community sport in 2021 and we’re working on a series of key partnerships and engaging campaigns ahead of the new year.

“This is simply the start. But what a start!

“The Rugby League World Cup has the potential to impact positively on communities across the UK and we’re excited to be working with Rhino Rugby League on a campaign that’s perfectly positioned to do that.

“As a North East-based organisation we’re proud of the role our region will have to play when the world’s best Rugby League players descend on the UK next autumn.

“We’re also determined to play our part in ensuring communities experience the long-term benefit from what is bound to be a special celebration of global sport.”

Rhino Rugby League has been embedded in community sport for 40 years and sees its alliance with GiveToLocal as an added opportunity to make a lasting impact less than 12 months before the World Cup gets underway.

“Community sport is our bread and butter and we’re very keen to support clubs across the board.

“Like GiveToLocal, we understand how difficult it is for clubs to go to the same well, time and time again, when it comes to fundraising. That well is always parents or grant bodies and it’s a battle to survive financially.

“I like the fact that there is sustainability in the GiveToLocal solution and that the organisation offers a platform for community sport to grow.

“There’s so much synergy between Rhino Rugby League and GiveToLocal in terms of what we want to achieve within community sport.”

The two partners are collaborating on a campaign set to take Rugby League to the heart of communities across the UK.

“Of course we’re very proud of the work that we do at the professional level,” he adds.

“But the bulk of our work is around community sport.

“We’re the official equipment supplier of the Rugby League World Cup 2021’s CreatedBy capital grants programme and that’s another example of a project that perfectly aligns with the work we do in the community.

“It’s an area we’re strong in and an area that we’re committed to.

“One of our primary aims is to ensure that kids from all backgrounds get an opportunity to play sport.

“We want to get rugby balls into the hands of kids and we’re working alongside GiveToLocal planning a campaign to achieve exactly that.”

Full details of the campaign will be revealed soon and it’s a project that’s captured the imagination of the GiveToLocal team.

“I was immediately drawn to Rhino’s passion for community sport and their commitment to supporting the grassroots game,” explains GiveToLocal’s Head of Corporate Relations, David Broom.

“Tony talks of the synergy between the two organisations and that’s at the heart of this partnership.

“There’s been a meeting of minds and there’s a shared realisation that together we can make a lasting difference to community sport.

“Rhino are completely invested in providing kids with the opportunity to enjoy the positive experience that is sport.

“That really resonates with our team.

“Everyone at GiveToLocal is incredibly excited about what this partnership can achieve.”

Tony is convinced now is the time to capitalise on Rugby League’s wide-ranging appeal and underline its value as a welcoming and accessible community sport.

The 2021 Rugby World Cup offers a primetime platform for a sport on the rise and Newcastle United’s St James’s Park will host the opening fixture on October 23 when England tackle Samoa.

The North East will sit at the heart of an event set to transform lives and impact upon communities across the region.

“Next year’s tournament is a fantastic opportunity to grow the sport and capture the imagination of a generation,” adds Tony.

“It will be the most successful Rugby League World Cup ever. The quality of the rugby will be on another level and it’s significant that the women’s World Cup and the wheelchair World Cup are taking place at the same time.

“We have the opportunity to showcase every facet of Rugby League and we can actually leave a legacy — not just talk about that legacy.

“I’m afraid we’ve all seen examples of so-called legacies fading away and becoming a distant memory.

“In many cases there simply isn’t a coordinated plan.

“What’s needed is a comprehensive approach focused on the grassroots game and that includes the provision of coaching and kit to allows kids to play regularly.

“The World Cup will be a great advert for Rugby League but it also provides a tremendous platform on which to build the game at every level.” 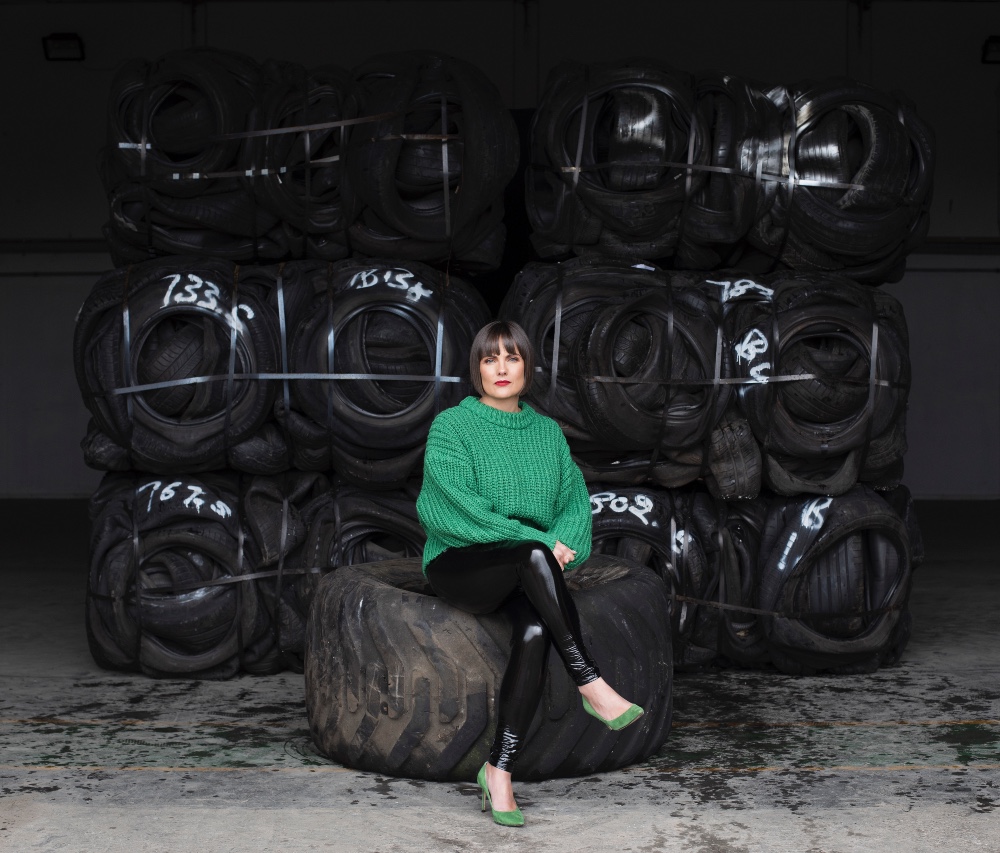