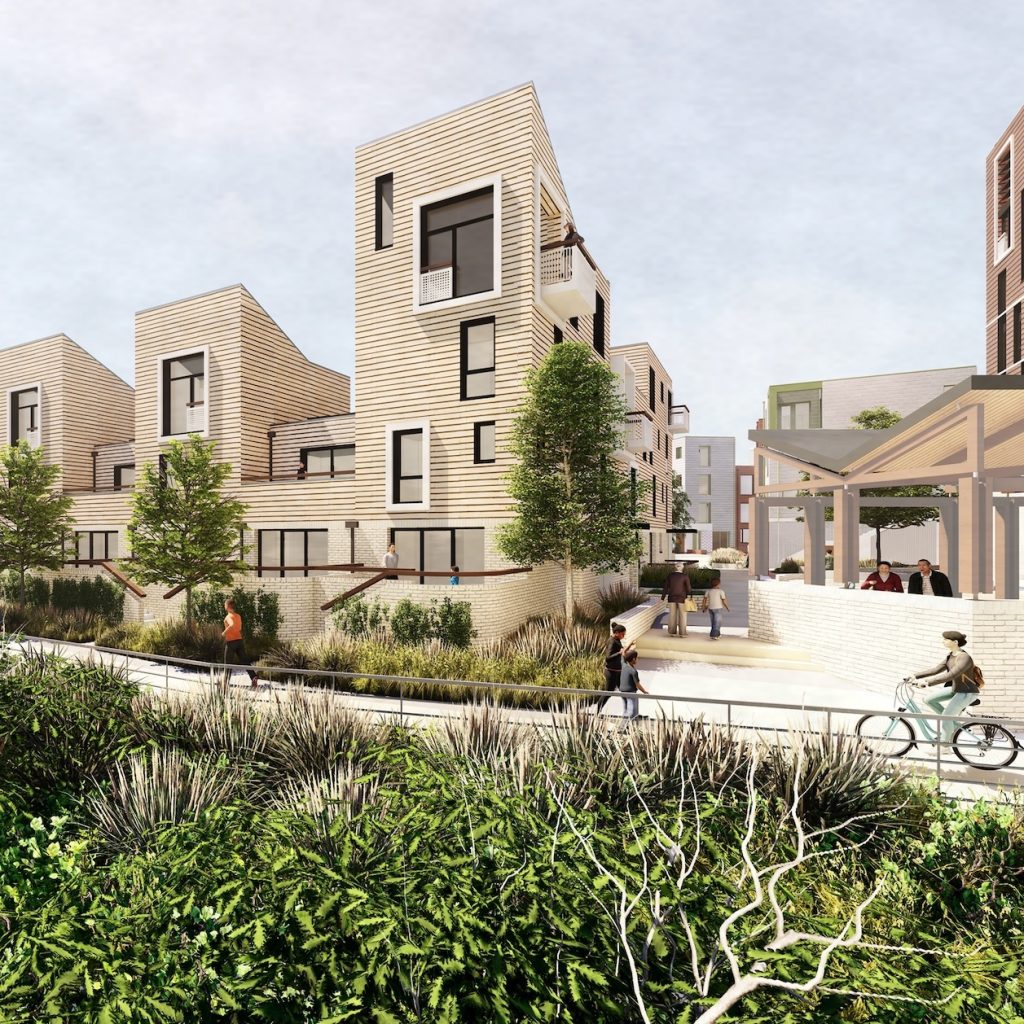 Plans to build the first of 1000 smart homes on the former Vaux site in Sunderland are moving forward.

The “ultra-sustainable” homes will be constructed on the Riverside Sunderland development, which includes plans to build a new central business district for Wearside.

A planning application for the first 132 properties – a mix of 1, 2 and 3 bedroom homes – has been submitted to Sunderland City Council.

The application sets out proposals for the smart homes to be built by 2023, in time for the Sunderland Future Living Expo, a public event that will showcase a new way of city living.

It is expected to go before the council’s planning committee in spring 2021.

Architects Proctor & Matthews and MawsonKerr are behind the designs, which will provide spacious eco-friendly smart homes, built using modern methods of construction and with a variety of amenity spaces such as terraces, courtyards and communal gardens.

Construction is expected to start in summer 2021, following planning approval.

The ambition is that Riverside Sunderland will eventually become home to 2500 new residents and 10,000 workers, bringing spending power that will boost the economic fortunes of the city centre.

Councillor Graeme Miller, leader of Sunderland City Council, said: “This is a hugely exciting step forward for a site that we have an absolute determination to transform into a vibrant mixed-use destination that is a world-class place to live, work and play.

“The transformation of the Riverside Sunderland site has been rapid, with The Beam and City Hall having created a new cityscape.

“These new homes will compliment all of that, adding a vital new dimension to this important part of our city centre.”

“Our design avoids the ubiquitous perimeter block model which has become the default position of many recent urban city plans.

“Instead, our design looks more carefully at regional and historic patterns of development to create a new hierarchy of streets, squares and mews, providing spaces for social interaction.

“Drawing on the city’s historic industrial skyline, the Vaux masterplan captures the river Wear’s dramatic topography and looks to create a new distinctive boundary to the River’s south bank right at Sunderland’s heart.”

Alongside the new homes, proposals for a £31 million ‘smart’ footbridge are also moving forward, as council bosses look to improve connectivity between the city centre and the north side of the Wear.