Neil will tell an audience from the technology-based community that opportunities to identify game-changing digital business propositions will continue to gather pace in the years ahead and that like him, they do not need to move from the North East to achieve success.

One Trinity Green in South Shields, the venue for Tech Talks, has seen many digital and tech businesses start-up and grow in its offices and is part of an emerging tech community in South Tyneside.

The second Tech Talk is with South Shields born, Dom Murphy, managing director of Geek Talent, a data science company that takes a 360-degree view of the labour market by merging data from a variety of sources such as internet forums, online people profiles and other websites.

Councillor John Anglin, Lead Member for Regeneration and Economy, said: “We’re delighted to welcome Neil and Dominic to One Trinity Green to share their success stories. It is always fantastic to see our home-grown talent grow and flourish. Entrepreneurs like Neil and Dominic are a real inspiration. As a council, we are keen to develop the technology sector and look forward to nurturing and supporting more emerging and established businesses in the Borough.”

Neil, as chief executive of Onyx Group, grew the business into a leading provider of IT infrastructure and support services that included a network of state-of-the-art data centres and workplace recovery facilities across the north of England and Scotland.

After leading a management buyout of the firm in 2000, Neil and his management team decided to exit the business this year at a stage where it was turning over £30 million and employing 180 people.

Neil, said: “The advantage that technology start-ups have over almost any other sector is that initial capital investment need only be minimal. Unlike establishing a manufacturing plant where you have to invest in capital equipment and staff, the only currency you need to bring a digital company to life is intellectual capital. A digital proposition that has an eager market, a solid business strategy and a highly focussed management can grow very quickly.

“I firmly believe that we are just on the cusp of digital innovation and that this sector will show exponential growth for years to come. It is an exciting time to work in technology and I would say to any one that believes they have a great idea to be bold, believe in the potential and make the concept a reality.”

Neil, who went to Harton Comprehensive in South Shields, and studied for a combined computers and economics degree at Sunderland University, said that he was easily distracted from his studies and as such was not a huge academic achiever.

“To be successful you do have to take risks and I am a big risk taker. When the opportunity came to buy the business, it was one of the easiest decisions I had ever made. It came at an interesting time in that I bought the business, bought a house and met my wife-to-be all in the space of four months!

“The best business models are those that are very simple and clear. If you can’t explain within ten seconds how you can add value for a customer, then the chances are your proposition will fail.”

Dom Murphy launched Geek Talent in 2014 and seed investment followed shortly after. He echoes many of the thoughts expressed by Neil Stephenson, especially about the business having a very clear focus and being simple to articulate.

“At the outset there is the concept and as you develop it, as we did, it can sometimes become unwieldly and in parts cumbersome. So, our true focus was on developing a strategy that was both achievable and which would attract investment, so we could make it happen.

“However, you can have a great idea but it will be very difficult to attract investment unless you have some form of prototype to show people. That all costs money, especially in the very early days of a business, so our solution was to put a call out to the army of remote developers on the internet to see who would come forward and collaborate with us on a flexible day rate. Thankfully, we received a great response and were in a position to move forward with our first product.”

Dom was in his late 30s when he decided to go it alone. After leaving Sunderland University with a degree in computing, he worked for a short period in London with IBM. On return to the North East he worked for SMEs and in the banking sector.

“There is never really a good or bad time to start your own business. You can plan and you do need to be aware of the cash, but your idea will never fulfil its true potential if you don’t go solo. I have to admit it was a risk. I have a family and a mortgage to pay so I had to think it all through very carefully. I have not regretted it one bit and the rapid strides Geek Talent has made more than justifies the decision.”

The first Tech Talk is on Tuesday 22 November, when Neil Stephenson will take part in a fireside chat with Jason Legget, who set-up Fablab Sunderland in 2015 and is now project director for Creative Fuse North East, a £4m project running across all 5 North East universities to help grow and develop the digital creative and IT sectors. The second Tech Talk will be on Tuesday 6 December when Dom Murphy will chat with Jim Mawdsley, CEO of Generator and Digital Union, which provides business support services for the creative digital sector. Both events are at One Trinity Green, South Shields, starting at 5.30pm. Each talk will be followed by pizza, beer and networking. 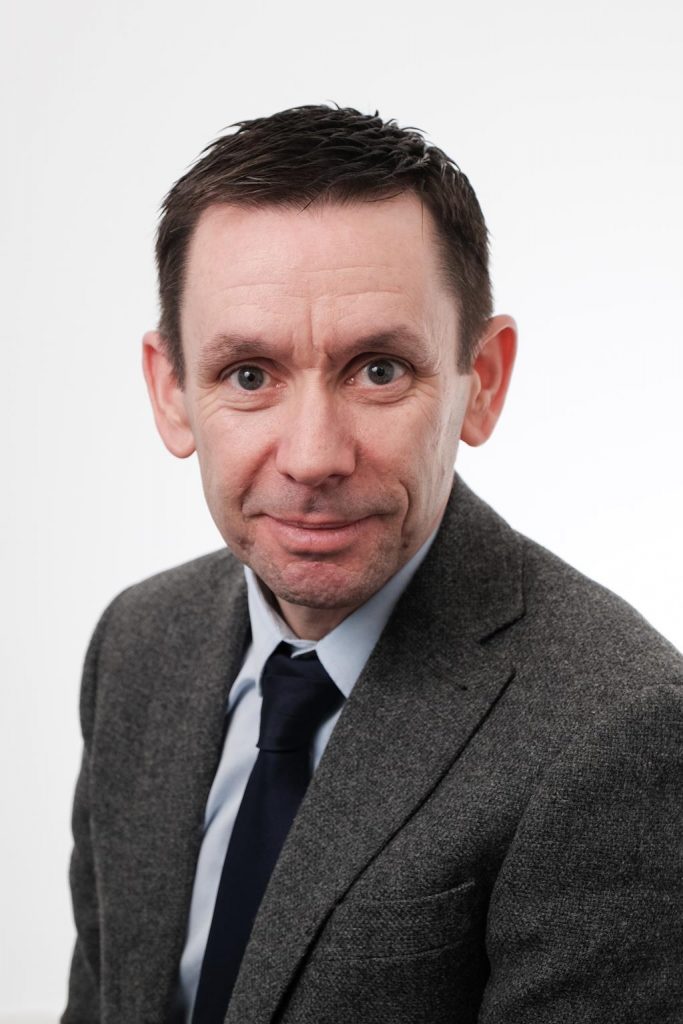