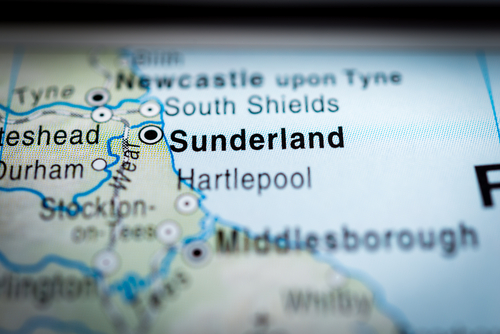 Sunderland among top UK spots to start a business

Sunderland has been named as one of the best cities in the UK to start a new business.

Sunderland took fifth spot in an analysis of all 69 cities in the UK, beating the likes of London, Manchester, Liverpool, Birmingham and Edinburgh.

The strong showing was based on comparison of some of the key issues for people starting a new business: the cost of commercial property, energy, virtual office services, public transport, broadband service, workforce demographics, access to finance and quality of life. Researchers also looked at the availability of good office space and broadband speeds, then marked their findings out of 10 to draw up the national league table.

The report was put together by Quality Formations, which helps entrepreneurs to start up companies. Sunderland achieved its high ranking largely due to its affordability compared to other more expensive cities.

However, the city’s position was further strengthened by its excellent broadband speeds, which average 22Mbps and are among the fastest in the UK. This has helped attract technology firms to Sunderland, turning the city into a major digital hub.

Researchers found that office space in Sunderland averages £12 per square foot, while value for money virtual office services cost around £85 a month. Housing accommodation costs were also favourable, at an average of £474 a month for a typical two-bedroom home.

James Howell, compliance executive at Quality Formations, said: “Sunderland is a city with a lot going for it. In recent years, it’s emerged as the North East’s definitive answer to Silicon Valley – with more than 220 software companies raking in some £65 million every year like clockwork.

“Working closely with the region’s five universities, tech start-ups are now flocking to Sunderland in order to take advantage of the city’s new, co-working environment – and with good reason.

Sunderland City Council’s active business investment team has a long and successful record in supporting new businesses and helping them to grow. Members of the team organised a trade mission for software companies from the city to Washington DC in 2015, with the focus on increasing exports.

The City Council is also playing a major role in providing affordable business space for start-up enterprises and growing companies from all sectors. In software, for example, the range of bespoke premises means companies are spoilt for choice. Incubator workspace such as the Council’s Evolve business centre, the Software Hatchery at the University of Sunderland and the Jupiter Centre at the North East Business & Innovation Centre provide specialist bases for digital companies.

But the recent jewels in the crown for start up and developing companies are the £10 million Software Centre in the city centre – housing the Digital Catapult Centre North east and Tees – which has attracted thriving technology companies to set up and grow in Sunderland since opening in 2013, and the £6.6 million Washington Business Centre which opened its doors to enterprising business tenants in 2014.

Councillor Paul Watson, leader of Sunderland City Council, said: “We’re delighted to be named as the UK’s fifth best city to start a business in the Quality Formations report.

“There is a vibrancy about Sunderland, a sense that opportunities are there to be taken and a real feeling that people with ideas and determination can make it.

“Our business investment team plays a major role in helping start-ups and expanding firms to achieve their ambitions, supporting them with advice and guidance, and helping them to find the financial support they need.”