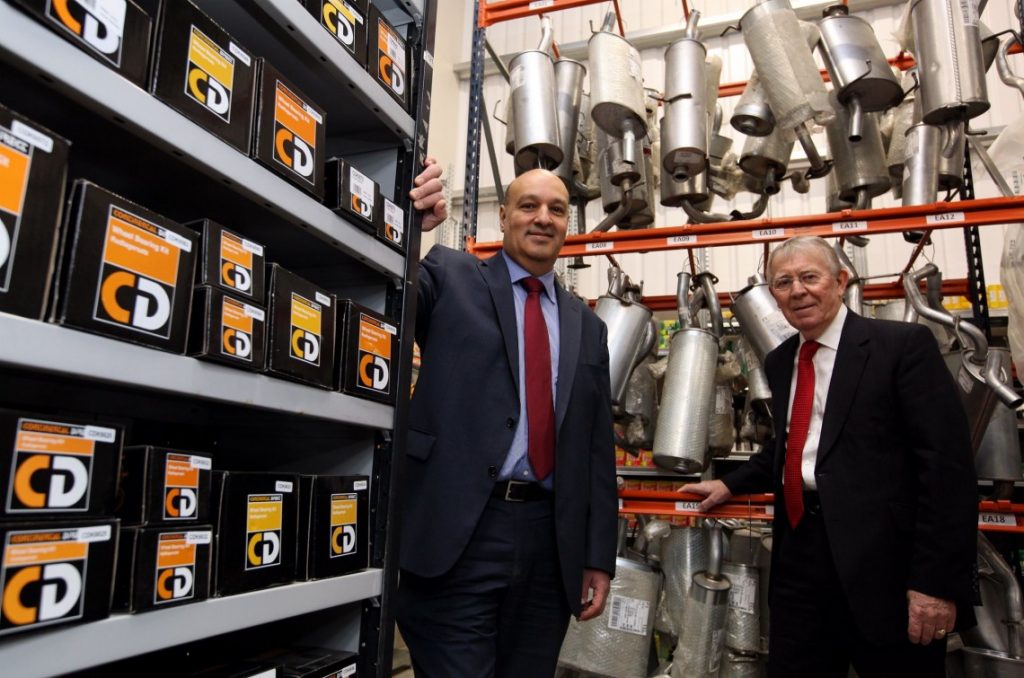 A car parts and accessories firm which saved 21 jobs in Sunderland when a competitor went out of business is now aiming to expand its customer base from its new Northern branch.

Thor North was created last year to safeguard jobs and serve customers who had previously been supplied by Maccess Ltd, which went into administration in March 2015. The business is part of the Peterborough-based independent automotive distributor Thor Motor Factors owned by Raj Odedra. Thor North is set to play a key role in the family-owned company’s plans for growth.

Thor director Raj Morjaria, who was previously a director at Maccess from 1996 to 2006, was initially contacted by David Harbison and staff at the Washington Maccess branch who were about to lose their jobs when the business went into administration.

Thor North is now operating from Teal Farm Park business park in Washington, where it has taken two units with 11,400sq ft of space to house staff and more than 15,000 product lines.

Raj Morjaria said: “Thor is a family business and we’ve done this to secure the jobs of my former colleagues. Maccess had 15 depots nationwide and we felt we needed to do something to help.

“Staff here have known the customer base for the last 30 years and we want to support the customer base in this area and maintain their loyalty. That’s the priority. David Harbison has been made a director in the new business and it was his and the staff’s enthusiasm and commitment that persuaded us to open the new branch”.

Thor is a trade only business that distributes a huge range of automotive supplies from chemicals to accessories, parts and tools to customers including Motor Factors, car accessory shops and forecourts. It also supplies more technical equipment such as callipers and drive-shafts for industry professionals.

Being based in Sunderland, a national hub for the automotive industry thanks to the presence of Nissan and its large supply chain, provides the Thor brand with scope for national growth. The company, which currently has six vans on the road from its Washington branch, will be targeting customers previously supplied by Maccess.

Raj Morjaria added: “Where we’re located is a fantastic position to service customers in Sunderland, Newcastle and Teesside.

“Further down the line, it’s a good base to expand into the M62 corridor – Leeds, Bradford, Manchester, Liverpool and Hull – and further north into Scotland, particularly Edinburgh and Glasgow.”

Thor worked closely with Sunderland City Council to find suitable premises for the new depot. The company has invested in new offices, IT equipment, alarm systems and lighting for its units at Teal Farm.

“The council’s business investment team met with us, helped to find the building and advised us on local services.” said Raj Morjaria.

“We also received detailed information on services in the area. The council was very supportive, there was excellent communication and we found them very helpful.”

Councillor Paul Watson, leader of Sunderland City Council, said: “We applaud Thor’s actions to safeguard jobs in Sunderland and are 100 per cent behind the company’s plans to grow its business from its new northern offices.

“We’re pleased to have been able to help Thor find premises that are right for the company now and which give it room for further growth. This is one of the key services provided by our business investment team, and we are able support both new start-ups and companies looking to relocate to Sunderland.”