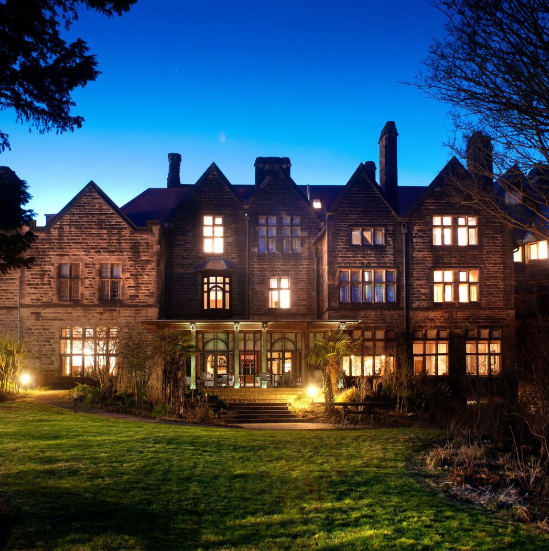 One of the rising stars of north-east chefs has taken over the kitchens at the region’s leading independent hotel with a promise to put guests first. Danny Parker, regional finalist in this year’s Great British Menu and formerly Head Chef at Newcastle’s Michelin-star restaurant, House of Tides, is now bringing his talents to the city’s Jesmond Dene House Hotel.

Danny, 28, believes the secret to a successful restaurant isn’t flashy food or starry accolades but a kitchen team who give guests what they want. “A restaurant should be about the guest, making sure they have a good time,” he says, adding: “I want guests to look at our menus and be spoilt for choice, to find things they can relate to.”

The hotel’s new House Menu offers two courses for £20 or three courses for £25 with classic Modern European dishes that, Danny promises, are satisfying, tasty “and just cooked really, really well. We’re not trying to blow people away, just make them happy.” He has persuaded Cal Byerley, from Grasmere’s Michelin-starred Forest Side, to join him as Head Pastry Chef.

Danny, whose first job was kitchen porter at a pub in his home-village near Stockton-on-Tees, learnt his craft at Wynyard Hall, near Darlington, before moving to House of Tides in 2014. The restaurant subsequently won both four AA rosettes and a Michelin star. While there, he took part in BBC Masterchef the Professionals and two series of Great British Menu. Following his TV success he had plenty of offers but turned them down for Jesmond Dene House.

“I wanted a place with a challenge, with a strong sense of identity, and where I could put my own spin on things. And where I would be working with a team who care that guests have a genuinely great experience,” he says.

The hotel’s Managing Director, Peter Candler, is keen for the restaurant to become a place where every guest is made welcome whether for cake and coffee or a relaxed supper. “Apart from his obvious talents, I liked Danny’s approach: putting the guest experience first and ensuring we offer consistently good, unfussy food,” he explains. “Danny is also a great believer in encouraging younger chefs which is key to a successful kitchen team.”