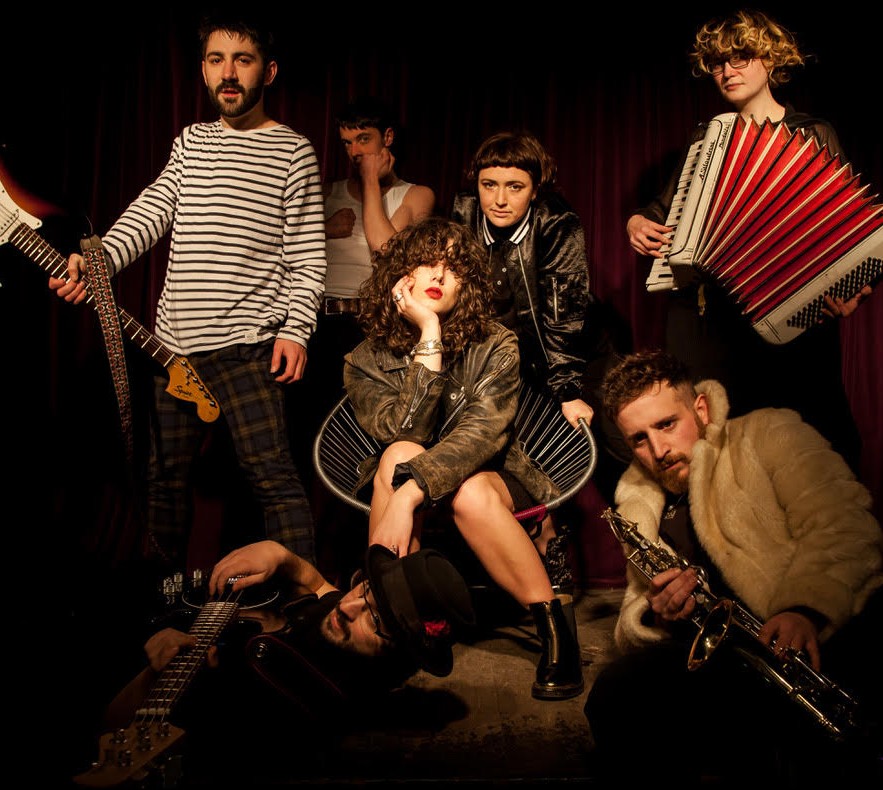 Organisers of Northumberland’s Lindisfarne Festival are delighted to unveil details about an exciting range of new features for the 3-day camping festival, along with another wave of music & comedy acts including: Thursday headliner Holy Moly & The Crackers, BBC Young Comic of the Year Finalist Lauren Pattison, and former Scottish Comic of the Year, Mark Nelson.

Taking place from 31st Aug – 3rd September 2017, the over 18’s event will be held once again on Beal Farm, overlooking Holy Island. Showcasing its strongest line up to date, the festival will play host to over 100 acts across it’s 7 stages, with two heavyweight Scottish headliners topping the bill. The View will be closing the mainstage on Friday night followed by fellow Scottish chart-toppers The Fratellis on the Saturday night.

Kicking off the entertainment on the Thursday, festival organisers are promising “an opening night party that will go down in history – literally!” with music spanning from the 20’s, right through to the 90’s & noughties. Festivalgoers can enjoy live performances by Viper Swing, 70’s Cop Show and gypsy-folk-rock band Holy Moly & The Crackers who will be headlining the ‘Viking Brewhouse’ beer tent, which is sponsored by The Alnwick Brewery.

Meanwhile, starting the party with an interactive ‘Dance to the Future’ experience in the new ‘Inspiredome’ marquee will be members of Inspired Support – a local community initiative who support those with autism and learning disabilities to work in the creative industries.

More than just a music festival, an army of top class comedy talent will be taking over the new ‘Funky Monk’ stage on Saturday afternoon. Curated by award winning Punch-Drunk Comedy, this year’s stand-up line-up will be hosted by Sunderland-born comedian & compere Matt Reed. Joining him on the bill are BBC Young Comic of the Year Finalist Lauren Pattison, former Scottish Comic of the Year Mark Nelson, JoJo Sutherland and Gareth Waugh.

Set amidst the multiple marquee venues, the festival’s renowned outdoor centre-point, the ‘Circle of Inclusion’ will feature even more prominently this year. Conical Bass will be transforming the area with an immersive audio and visual installation, featuring a DJ booth crafted from an ageing old oak tree. Hand-crafted by local tree-surgeon and Glastonbury-veteran ‘Dr Green’ (Richie Elliot), the installation will feature an array of weird and wonderful features and creatures, including chainsaw-carved wooden snake sculptures, flame throwing spiders, smoke effects and screen projections.

With various genres of dance music setting the party vibe from noon until dusk each day, the circle will provide the perfect warm up to the main DJ line-up in the ‘High Tide Dance Tent’, where festival goers can dance to a whole host of DJ’s ranging from Fun Lovin’ Criminals’ frontman Huey Morgan to the ‘Godfather of rave’ Slipmatt and Shindig’s Scott Bradford & Mark Lowry.

With music on both Friday & Saturday night going on until 4am, Saturday night will see the dance tent transformed into a Thai-inspired Full Moon Party featuring UV lights, glowing neon body paint and drinks by the bucket, whilst the ‘Saltgrass Stage’ sets up for the late night (L)indie disco for those who prefer their music with lyrics they can sing along to.

And of course, no festival is complete without fancy dress. Following on from last year’s Vikings & Monks dress code, this year will see a Vikings and Punks theme arrive onto our North-East shores!

“We have been working incredibly hard this year to bring an amazing range of new features and entertainment to Lindisfarne Festival. Now in its third year we know that we can’t stand still and have ambitions to make the event bigger, better and more memorable each year. It’s encouraging to see an increase in tickets sales this year and we strongly urge those considering joining the party to take advantage of our online ticket prices asap, with on the door prices charged at a higher rate and an early sell-out anticipated.”

Advance tickets can be purchased from www.lindisfarnefestival.com priced at £90 for the full 3 nights from Thursday to Sunday, £85 for Friday to Sunday or £55 for Saturday only (with camping included).