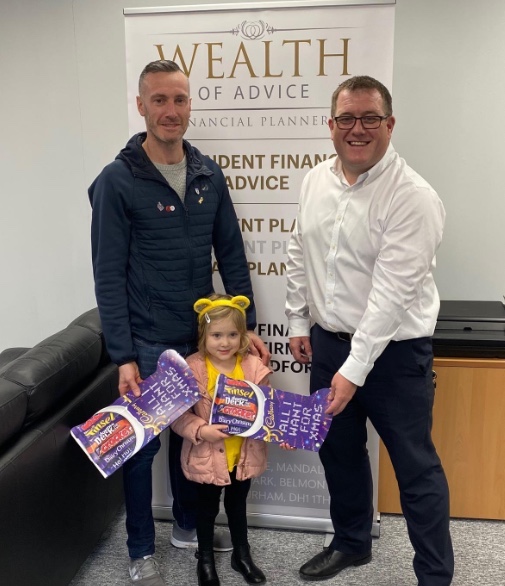 A charity supporting adults and children with life-threatening illnesses has received an early Christmas present from a financial advice company.

Rather than sending cards to clients, Wealth of Advice is instead donating the equivalent value – £300 – in selection boxes to Bringing Back a Smile.

The charity, founded in 2017 by Kevin Hill, helps adults and children who are undergoing treatment for serious illness, by providing toys, books and games.

It also fundraises to give them and their families a break from their gruelling treatment.

Chris Breward, managing director at Wealth of Advice, which is based in Belmont, Durham, was made aware of the charity as Christopher Sayers – one of his clients – is a patron.

That came about when founder Kevin supported him and his wife Melissa when their daughter Daisy was undergoing chemotherapy for leukaemia.

Chris (pictured on the right)  said: “I really believe businesses like ours should do their bit to support charities in the area, and when I heard about Bringing Back a Smile, I thought it was such a fantastic charity.

“Most of us are incredibly lucky that Christmas is a time for happiness and cheer, spending time with our families and giving and receiving presents.

“But for many, it’s a time when they’ll be undergoing treatment in hospital and won’t get to enjoy the festivities which we take for granted.

“Our donation means that the £300 worth of selection boxes, which we have bought instead of sending cards, can be given to children who will spend this Christmas in hospital, and it’s a way of us doing our bit to help those less fortunate than ourselves.

“Charity support is something that as a local, family business we are very passionate about, and I am already looking at what we can do next year to help those in need.”

The selection boxes were collected by Peterlee dad Christopher, who will work with Kevin and the team to distribute the sweet treats in the coming weeks.

Christopher said: “Having watched Daisy go through chemotherapy for leukaemia, we know just how hard it is.

“And when that treatment means they’re in hospital over Christmas, usually a child’s favourite time of year, it’s even harder.

“Donations like these selection boxes from Wealth of Advice will really bring a smile back to many young people, which really can make a difference during their time in hospital.” 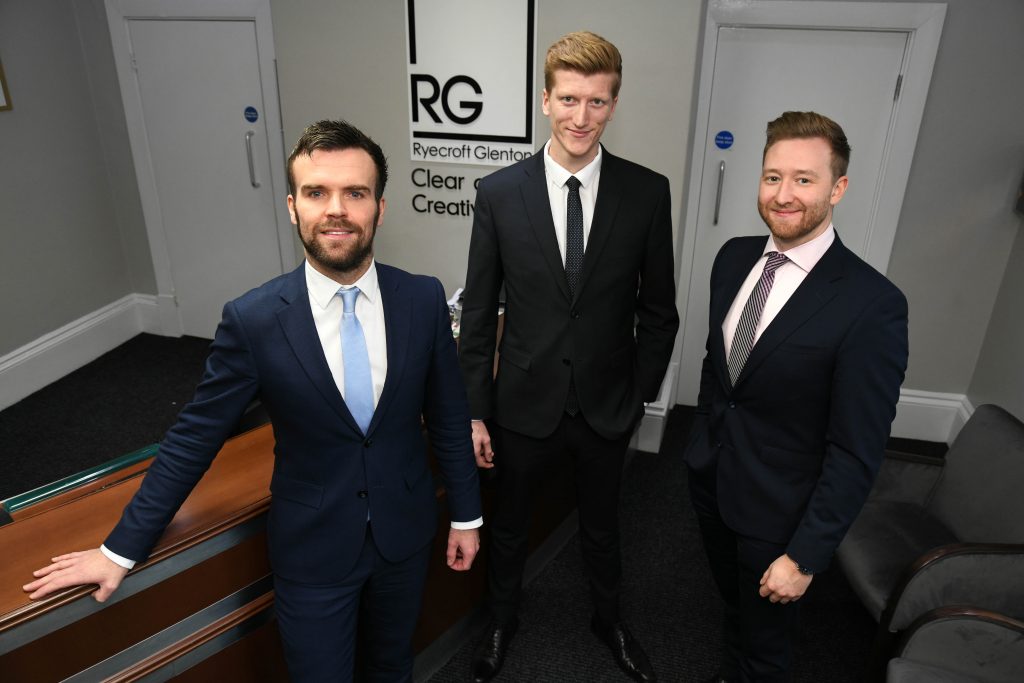